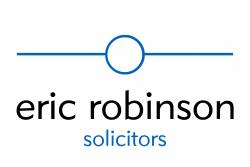 Having served the people of Hampshire for over 50 years, Eric Robinson Solicitors has earned an enviable reputation for innovation, hard work and high standards of service in all areas of both private and commercial law.

Since 2014, the firm has expanded beyond its Southampton base to open offices in Winchester, Lymington, Basingstoke, Portsmouth and, took its first residency outside Hampshire in the towns of Bracknell in neighbouring Berkshire, and in late 2017 opened a further office in Richmond, bringing its total presence to ten offices across the South.

In 2015, Eric Robinson Solicitors welcomed the arrival of ‘Eric the Owl’, who quickly took the region by storm. Appearing in advertising campaigns, at business exhibitions and a variety of local events, from fairs and carnivals to school fetes and charity fundraisers, Eric became the face of the firm and launched its new membership scheme, ‘Ask Eric’, which offers unlimited free 15 minute advice consultations and exceeded expectation by hitting over 1,000 members within its first year.  The following year, Eric was shortlisted for the Law Society’s ‘Excellence in Marketing & Communications Award’.